Let me set the scene, so to speak.  It’s my first Mother’s Day and overall it was a very busy, yet perfect, day.  There have been a few isolated bouts of crying, but those were mostly a result of Jellybean being overtired.

We took Jellybean to meet my grandmother, Mamma, for the first time.  JB took a liking to Mamma immediately (no shock there – all kids and animals love her).  A few photos were snapped to capture the precious moments of great-grandmother and great-granddaughter in all their cuteness glory.  Before we left Mamma took the opportunity to encourage the husband and me to have another baby … and maybe try for a boy this time she added.  Oh boy (pun intended) … why is it you have one kid and everyone immediately asks about the next?! 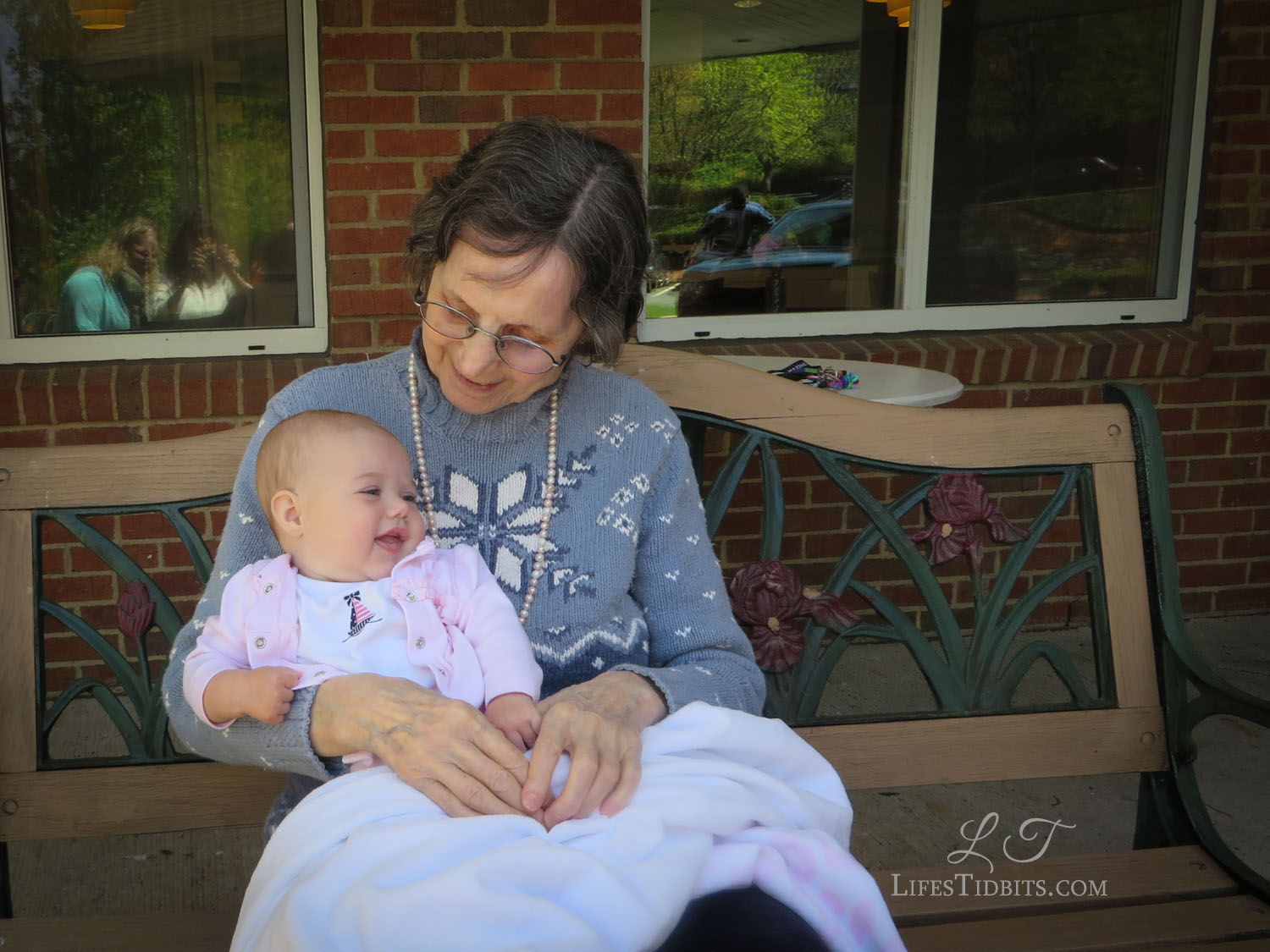 After the meet and greet we headed to my sister’s for a yummy Mother’s Day brunch.  Sadly, the day was flying by (pun not intended) and it was time to head to the airport.

Jellybean took a nap on the way to Logan Airport.  Security was a breeze.  There was no line and JB was all smiles for the security guards.  As we stood at the gate JB shrieked with glee and posed for a couple of adorable photos. 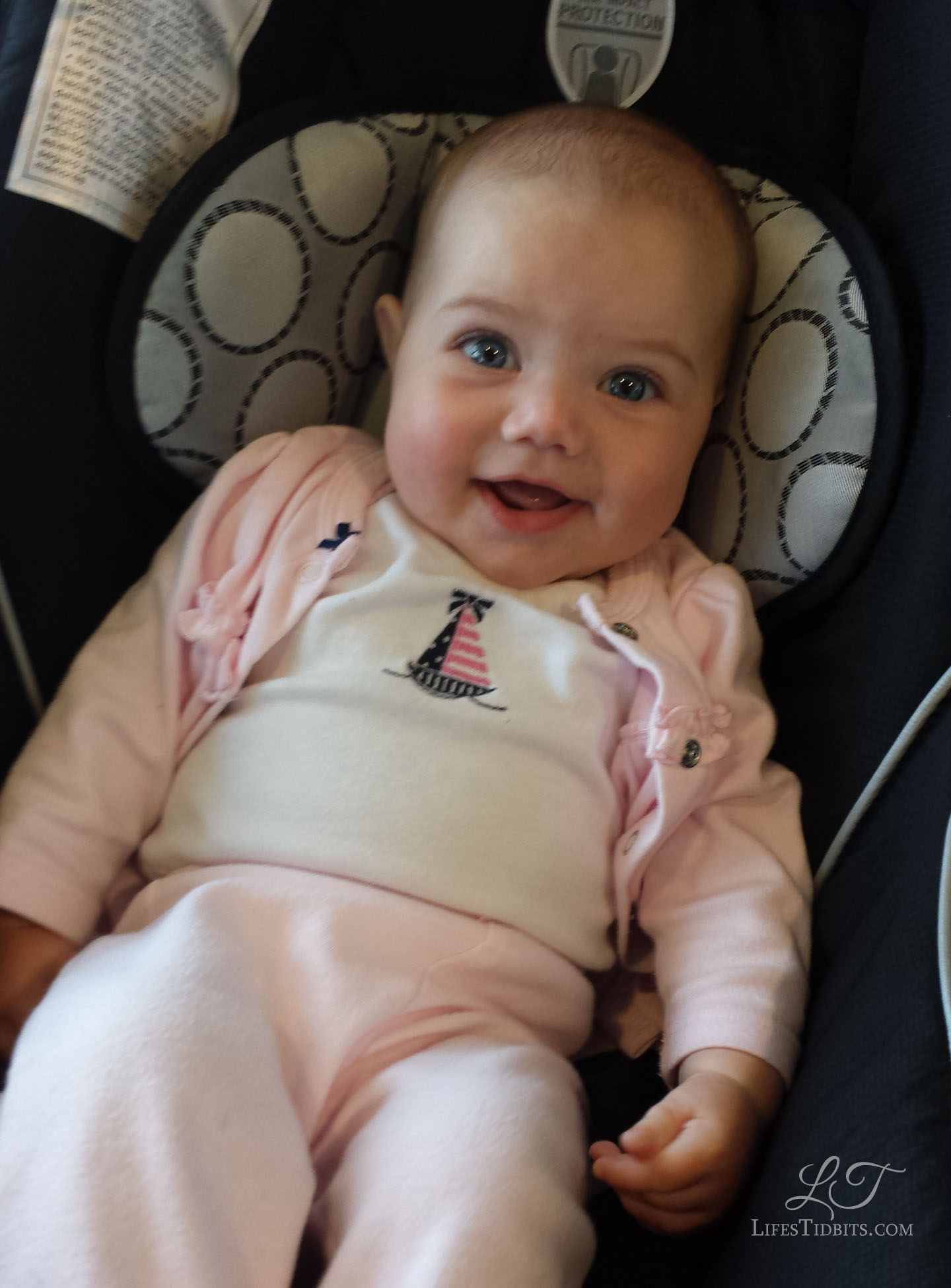 As people boarded the plane, many stopped to say ‘Happy 1st Mother’s Day’ and commented on JB’s big beautiful blue eyes and/or her adorable smile.

As the flight took off we fed Jellybean a bottle. Right about the time we reach 30,000 feet she let one rip! O.H. M.Y. GOODNESS did she smell horrible. I giggled to myself and smiled as the husband said “Was that her?” to which I simply replied “yup!”

Only minutes later did my first mother’s day turn into a $h!T show. Yup I said it!

And then … we became ‘THOSE’ people on the plane.

Jellybean had a serious blow out. In fact it was so bad, the disaster extended to my clothing as well.  The smells drifted in the air-tight cabin, with nowhere else to go.  There was no changing table option in the bathroom.  We were almost at the flight’s drink service, and soon there would be large silver carts in the aisle.  After a few horrified glances at my husband, we realized there was no other option. We stripped her naked and attempted to change her right then and there in the main cabin, feces and all.

She screamed while we worked as fast as we possibly could to rectify the situation. She was in a strange place, wiggling over seat, caught in the seat belt and between arm rests. Thank goodness for the poopy bags I had put into the diaper bag. We wound up using six of them, along with one air sickness bag (sorry U.S. Airways). Without the bags to contain the mess as well as the smell we would have been in serious trouble!!

The people surrounding us didn’t say a word. They adverted their eyes. While some were probably thankful they weren’t us I’m pretty sure others were less than pleased with us.  In all honesty, we were doing the absolute best we could.

One relatively clean child and two very embarrassed parents arrived at DCA shortly after 7pm.  We pilled into a cab and (secretly) prayed the cab-ie didn’t smell the blow out disaster on us.  Jellybean went directly into the tub after dropping the bags on the floor.  She happily played with her frogs as we thoroughly scrubbed bathed her.

We were ever so thankful when she went to bed without any fussing.   And then … we remembered we had a bag full of feces to tend to.  Oh what a stinky end to my Mother’s Day it was!! =)

Anyone else have a funny story they care to share?! 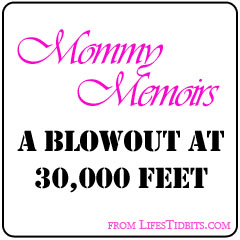