Long before we moved into our new place, let alone closed on the condo, my husband was furiously searching for a wall mount for the tv.  He had a number of requires, but at the top of the list the mount had an arm that would allow the tv to swing out.  This would enable us to watch tv while cooking in the kitchen.  Thank goodness for our open floor plan or the swing out arm would have been a moot point.

Being the sweet man that my husband is, I was consulted numerous times on which mount I liked the best.  I really didn’t care and told him to choose and purchase whatever he thought was best.  After much search and deliberation he decided on a Cheetah Wall Mount.  Two days later the mount arrived … yay for Amazon Prime’s two day shipping. Above is our before picture.  The tv stand was purchased from Pier 1 Imports and the dvd rack from Best Buy back when I was in college. I would say they’ve both seen better days and it is about time we replace them.  Installing the tv wall mount was the perfect first step.

First step was to find two studs.  Luckily we are in possession of a stud finder.  We marked where the center of the studs were and then we measured and drill four holes for the screws.  The wall mount is A LOT heavier than we imagined it would be.  The husband held up the wall mount while I screwed in the washer with the screw. 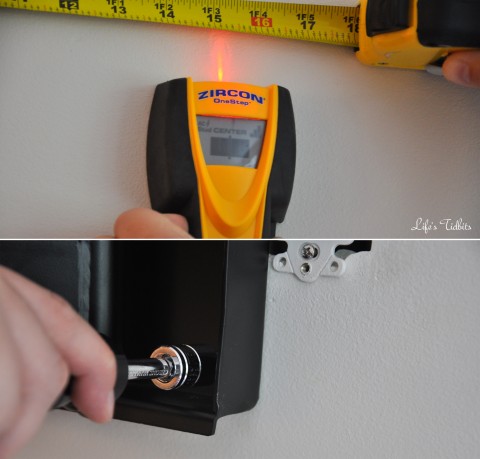 Then we went ahead and screwed the arms onto the back of the tv and hung it. The cool part about the wall mount is it has a built in level “bubble”.

After a few tweaks it was leveled and hanging on the wall!  We also took the plunge and invested in a new tv stand to use with our new fancy wall mounted tv.  The living room is finally coming together … so exciting! 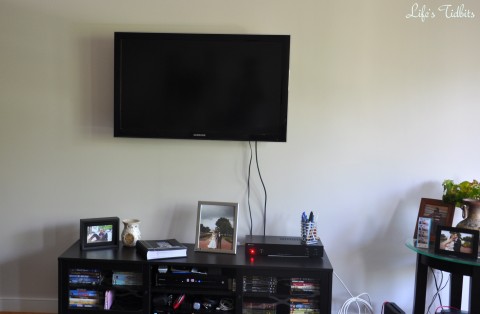 To celebrate our newly mounted tv we cooked dinner and rented a movie on demand. :)

2 Thoughts on “Top of the Husband’s To Do List”