Time is flying and we have just about hit the 3 month mark as expats in Bangkok.  Not surprising, but we’ve learned a few more tidbits about Bangkok, being an expat and we are really starting to find our groove living abroad.

The funny thing about living abroad is, just like being where you used to call home, eventually it starts to feel normal.

It’s normal to start sweat almost immediately after leaving the house.
It’s normal that most people around us are speaking in a language I barely understand.
It’s normal (or at least starting to feel normal) not to be going off to work each day.

Not to say I’m taking for-granted this amazing experience, but it’s nice that life is feeling more normal and less like I’m on constant sensory overload.  :) 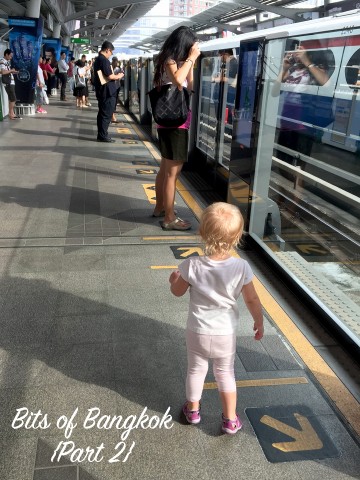 Some tidbits about Bangkok …

And if you missed it, please check out the first installment of Bit of Bangkok.  More of our Bangkok adventures, to date, can be found here or please follow us on Instagram.

What kind of Bangkok tidbits would you like to know more about?

11 Thoughts on “Bits of Bangkok”