Saw-dee-cha from Bangkok!  We are having a great time here and slowly getting adjusted to the Expat life.  Despite it being rainy season it hasn’t been nearly as bad as I had feared.  I’m sure now that I’ve thrown that out there the monsoons will get their game face on and show me who’s boss.  Hahaha. 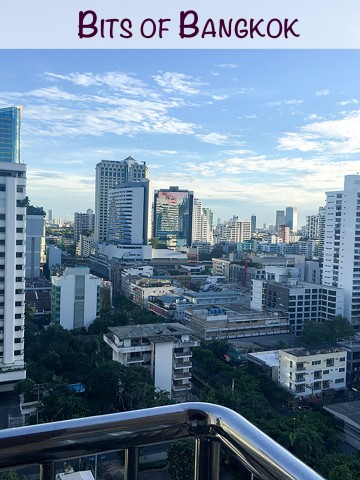 We are learning a lot and trying new things.  I started taking Thai classes today and well, I am TERRIBLE at languages in general and this is, unfortunately, no different!  Despite my lack of natural talent for picking up new languages, I am going to stick with it and hope to learn enough Thai to carry on a simple conversation.  Got to start somewhere, right??

I will share more tidbits about living in Bangkok soon, but if you have any specific question, please do hesitate to leave a comment below!!

One Thought on “Bits of Bangkok”